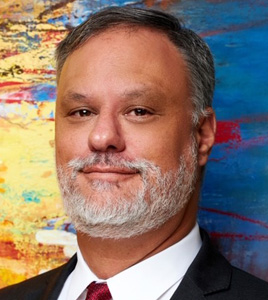 Having qualified in Nova Scotia, Canada, and practicing in that jurisdiction for two years, Allan returned to Bermuda in 2004.   Since that time, Allan has built a practice which primarily focusses on tort law, including negligence and personal injury cases; contractual disputes; human rights and antidiscrimination law; constitutional law; public law and judicial review; medical law, including clinical negligence, coroners’ inquests; privacy law; and professional disciplinary law.

On returning to Bermuda, Allan practiced with Trott & Duncan Limited for 10 years during which time he became recognized as a leading attorney in the areas of disciplinary law, medical law and human rights law.   During this time, Allan appeared before various tribunals and all levels of Court in Bermuda.   Between 2014 and 2020, Allan practiced with BeesMont Law Limited and was named as Head of Litigation for that firm in 2018.  While with BeesMont, Allan argued some of Bermuda’s leading cases in the areas of human rights and antidiscrimination law, the right to freedom of expression as guaranteed by the Constitution and medical law; with one of his cases on the issue of clinical negligence and causation being heard by the Privy Council.

Allan is formerly a member of the Nova Scotia Bar between 2002 and 2005 and is an active member of the Bermuda Bar since his admission in 2004.