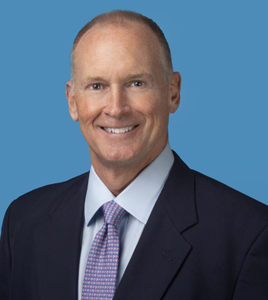 Jerry is the spouse of SCARS Founder and Executive Director, Debi Ray-Rivers. Jerry has served on the SCARS board since its inception, is past Chairman (2011 -2013), and serves on several current and past committees including Finance and Fundraising.

Jerry has also served on the Board of the Bermuda Health Council.

Jerry’s insurance career, which began in 1982, is quite diverse including claims adjusting, underwriting, employee recruitment, and consulting in alternative risk transfer arrangements such as captives and rent-a-captives.

Jerry holds a B.S. in Business Administration from the University of Scranton; Scranton, Pennsylvania (U.S.A.).